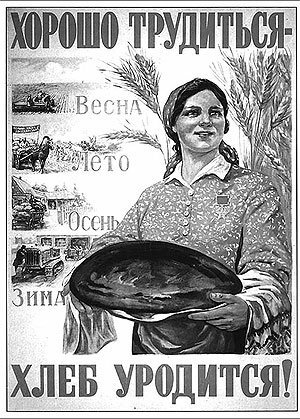 Just too close
On the same page

There are some things my students would like you to know about Russia.

This all started because we were doing a mind-mapping exercise as a warm-up.  Basically, you write something in the middle of the page (in this case, ‘blue’ – which was a bit funny as it’s slang for ‘gay’ in Russian) and then write things you associate with that word around it.  I wrote blue>French flag>bread, and my students were outraged.  ‘Why France?’ they asked, ‘bread is from Russia!’.  I said that by no means did I associate bread with Russia, and they objected, saying that bread and bears are how the world sees Russia.  I said that that is absolutely not the case.

I then drew a mind-map with ‘Russia’ in the centre.  The first thing I wrote was ‘vodka’.  Then ‘tanks’, ‘Cold War’, ‘bad guys in movies’, ‘evil accent’.  Not tolerant nor educated, but they were the first stereotypes I thought of.  My students were incredibly confused.

I next sat down and explained that I had only met my first Russian eighteen months ago, and up until that point my knowledge of Russia was pretty much limited to the above.  Russia had always seemed irrelevant to me, boring, more a cliché than an actual place. It’s all like Siberia, they’d had a Communist government, they’d been the ‘other side’ in the Cold War, and, yes, they’re the bad guys in movies.  Russian guys are ‘hard’ and Russian women are mail-order brides.

Of course, since then, it’s like a world has opened up before me.  An alien world to be sure, but a world I feel the richer for starting to know.

My students then asked me at least a million questions about how Russia is perceived in Australia and the UK, the only two other countries I’ve lived in.  I told them, and they were horrified.  Not angry in their patriotism – and not even patriotism, but national pride – but sad.  They really were distraught.  All they could say was ‘but that’s so sad’.  They then almost pleaded, ‘but Laura, you’ll go back and tell everyone what Russia is really like, won’t you?’.

So, here are some of the things that my Russian students would like you to know about their country:

Now, to lighten things up, here’s one of my favourite Soviet cartoons.
Just too close
On the same page