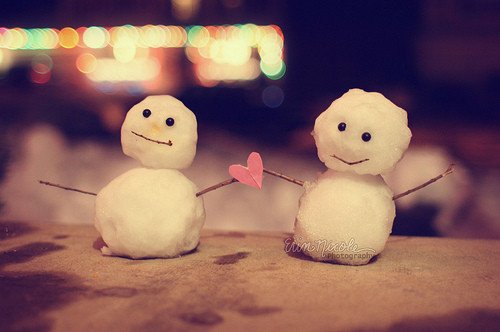 On the same page
Homeless in St Petersburg? You're in good company.

Russians are a rather peculiar and unexpected people.  Today in class I had a girl say that she’d been in Latvia for the past few days, but that she didn’t like Latvians.  I asked her why, and she said that she found them rude, unsmiling and unfriendly.  I said that that was very unlike Russian people (!).

I remember, a few days after I arrived, a couple of my friends from Australia came to stay.  They were telling me all about their travelling adventures, and I couldn’t help but notice how unusually animated they were.  After a while I asked them why they were moving their faces so much and they accused me of having ‘gone native’ already.

I find all of my students delightful to teach for the fact that their inhibitions are so different to my own.  If you put on a song in class, they’ll all start singing along.  They’ll act anything out, say anything, and write anything.  A task some of my adult students completed yesterday involved writing about a time they’d been betrayed, or betrayed somebody else (I did give them the option of making something up).  When I marked and corrected the writings later on though, it was fairly obvious that the stories were in fact all true, so these students were trusting me with some deeply personal and perhaps painful experiences.

The ‘betrayal’ exercise is part of a new unit on ‘love and romance’.  I started the lesson by giving everyone a list of pickup lines.  It’s a completely foreign concept in Russia and people were largely confused as to why they existed.  Prior to the lesson, I’d been reading through lists of lines

(and laughing uncontrollably) in order to censor them a little bit.  While I find people here pretty promiscuous (and entirely lacking in subtlety – my flatmate said that on a scale from Westerners to chimpanzees whose arses go red when they’re in heat, Russians are somewhere in the middle), there is no discussion of sex (or even innuendo) and people find such discussion really confronting.  Sex ed is rare in the extreme.  Discussion of STIs is also taboo – which is not really helpful in a country with the highest HIV rate outside of sub-Saharan Africa.  So I have to tread very carefully in order not to offend peoples’ sensibilities.  Except for today in one of my teenage classes of course, where we somehow stumbled into a discussion on whether same-sex couples should be allowed to have children.  But I digress.

One of the discussion questions in the unit is ‘do you prefer being single or in a relationship, and why?’.  None of my students understood the question.  Not because they didn’t understand the words, mind you, but because the concept of being happy outside a relationship was so completely bizarre.  All of the students, the men as much as the women, were passionate to the point of vehemence  in that there is no point and nothing interesting in life if you’re single.  One of the middle-aged women said that it’s okay to be single when you’re young, she supposes, but of course you’ll be having continual flings – so you’d still be having relationships, perhaps just less serious ones.  I’m not entirely sure that this construes ‘single’, but it’s as much as any of my students would allow.

All of my students spoke at some length about how much and why they like relationships (again, men included – I actually cannot imagine Australian guys passionately telling near-strangers how much they like having a girlfriend/wife).  One of them said that ‘well, we have very long winters’ – and so I taught the saying that ‘relationships are a winter sport’ (a rather salacious comment, apparently).

It should be noted that it’s not just romantic emotions that Russians are overwhelmingly open about – three men started crying in one of my classes the other day after I told them a sad story!  During our Halloween sessions (why on earth were we doing Halloween lessons?  None of us are American, and Russians don’t celebrate Halloween either!!) I told my best ghost story to two teenage classes, and one of the guys was so openly scared that he asked to leave the room.  Eye roll.

Here’s me in class today with some of my students (it’s school holidays this week, so attendance was very low):

Lastly, make sure you check out this blog post on ‘Russian Facts for Visitors‘.  I laughed myself stupid!

On the same page
Homeless in St Petersburg? You're in good company.