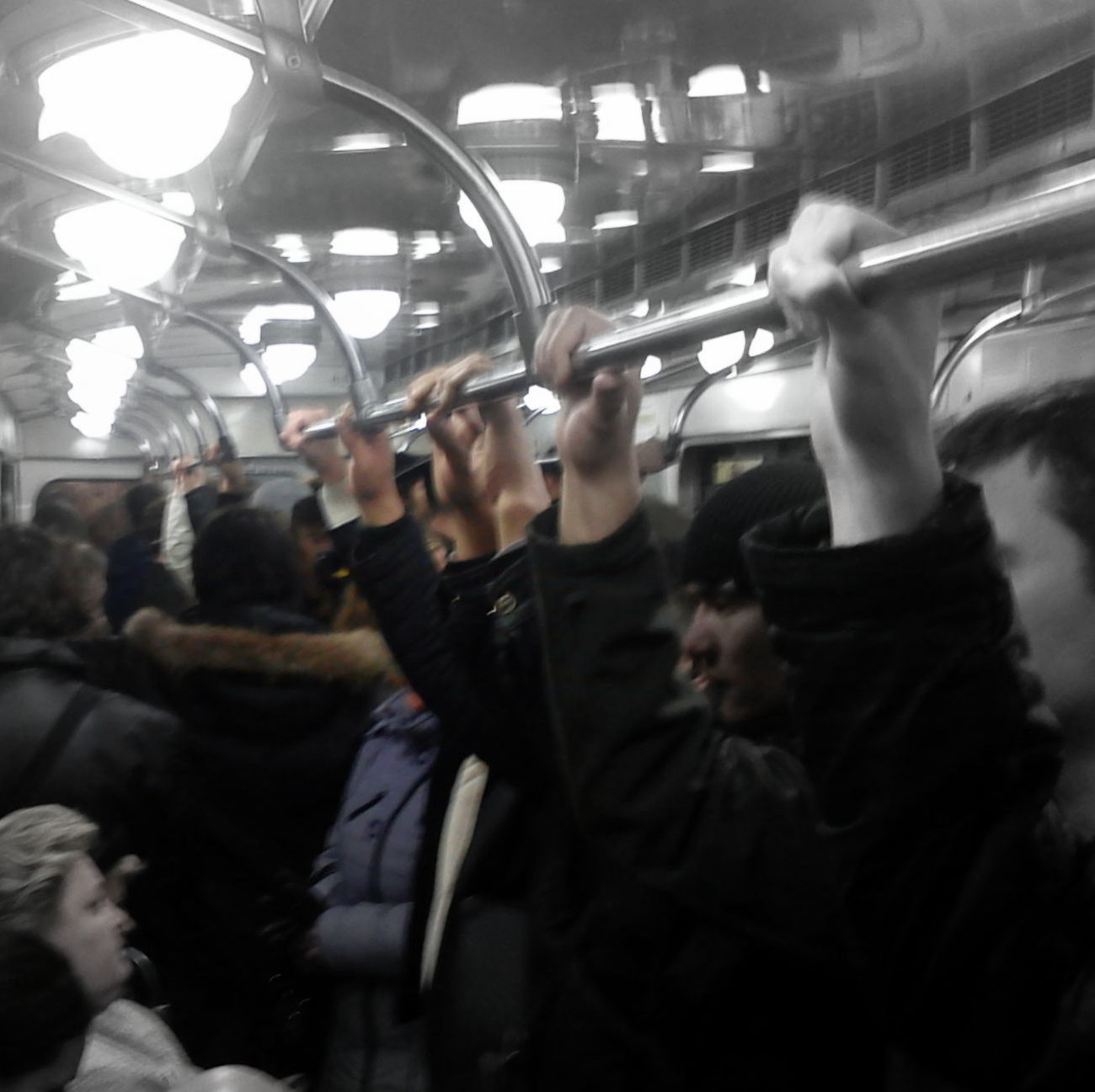 (the photo’s completely untouched, believe it or not!)

Secondly, welcome to the over 200 people that read my last post (what?!).

A girl I work with is the source of today’s rather brilliant post title.  She was driving into the city after work and so gave me a lift.  Another moment I particularly enjoyed was when she said that ‘Moscow is like another country, not Russia – the roads are good!’  (Seriously, youtube or just google images ‘Russian roads’).  I said that they must be better than those in St Petersburg then as there was a giant river filling half of our lane (there was a fairly intense near-death-experience at one point, as the result of a combination of driving and surfing) and considering the state of Nevsky Prospekt.  Nevsky Prospekt, if it were a person, would say that it’s ‘kind of a big deal’.  It runs through the very centre of the city.  The road has seen so much traffic that there are actual indents in the road, from where so many vehicles have run over the same spot.  Crossing the road, you feel almost intoxicated from the up-and-down rolly motion associated with the traverse.

The girl looked at me incredulously when I said that the roads in St Petersburg aren’t that awesome and replied that compared to most places in Russia, they’re amazing.  Of course, this is immediately before the road before us – in the middle of the city – disappeared, and the car was entirely enveloped in a massive car-sized bit of gravel.  For no apparent reason.  It was like one of those kids’ ball pits.  (>>The guy in this situation is the car.)

Interestingly, the other day in one of my adult classes we were looking at the second conditional (if… then I would…) where the students had to answer at one point what they would change about Russia if they could.  One of them said they’d improve the roads, and the other said they’d change the government.  I asked how they’d change the government, and they said they’d make it more democratic.  I then took the opportunity to see if the class knew what a ‘kleptomaniac’ was, before writing ‘kleptocracy’ on the board…  They loved it.

Some interesting developments on the job front – the Director of Studies at the ‘unhappy school’ “quit” on Friday afternoon and so there’s even more chaos than usual going on.  I spoke with ‘cool boss’ and she said to persevere for a bit longer.  Interesting things are afoot..

I’m still homeless – I’ve been at Naz and Mikita’s place for the past three days, after leaving the Soviet Flat.  I had all of the plagues (I lost my voice on Saturday and taught a lesson without saying a single word the whole time, it was definitely a bit different!) and so Naz fed me many delicious goodies and found me all of the appropriate medicines.  Michael (my flatmate-that-was) and I had a lead on a flat, but I was kind of slack and he’s not in town so we lost it.  Hence, tonight I’ve moved back into the hostel from whence I started this crazy Russian adventure.  My friend, the administrator, isn’t in til the morning and I haven’t actually paid or anything yet, but decided I’d splurge and take a single room for the night.  (It does seem faintly disturbing to me that ‘splurging’ – and I really do mean that – is to the value of around $4..!)  Of course, I’m now wasting the opportunity to get a proper night’s sleep by writing a blog post.

The last thing I’d like to mention on this occasion is a work event I went to a couple of Saturdays ago.  It was catered, and so I asked the DoS-that-quit to please ask them to make sure there was some vegetarian food, as to Russians, food with only a little meat is ‘vegetarian’.

Anyway, I arrived, and no, there was no food which I could eat.  I was absolutely famished, having come straight from work and being surrounded by people eating, and that didn’t help what happened next: probably 95% of the staff are local, and so the event was held in Russian, rather than English as is apparently typical.  It definitely went way over my head, especially as all I could think about was food.  There were speeches upon speeches, and toasts upon toasts (though I wasn’t drinking, given my empty stomach), and lots of group activities where we all had to get up and do things after being given directions in Russian – with no translation.  It all felt very exclusive, and was probably the most isolating experience of my life.  It’s something I’d not experienced before, and something that all those that live in other countries with other tongues must go through at some point.

In Australia, where there are so many immigrants, I’ve often encountered people looking exactly how I felt during the event, and wondered how they cope with it.  I think that in part it’s having local communities of people that speak their language – as, after all, I’ve been doing myself here in St Petersburg – and this is something that is just barely tolerated in Australia.  ‘They’re in Australia, they should act Australian’.  So that’s the road that select others, who are able to, take – integration.  But for all I love the Russian language and enjoy my studies of it, there’s not a single day where i’m not glad that I’m not Russian.  I have no intention of Russifying – it’s not that I cling to my Australian identity, it’s that I don’t pursue integration – and so, I’ve now become that annoying migrant.  Of course, the saying goes ‘when in Rome…’ but I don’t want to wear high heels and thick makeup every day, or cling to inefficiency, or take on some of the more ‘Russian’ qualities.

But more on that some other time – it’s bedtime!