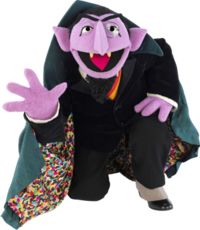 Living the viva lada
Two minutes in the metro

One of my students kept saying ‘clotheses’ in our warmup today, and I’d noticed him doing it before so decided to do some work on countable and uncountable nouns.  The exercise basically involved grouping a series of words into two columns – countable/uncountable.  After the students had finished, I had them compare with their partner.  Two at the back were arguing over whether ‘view’ was countable or not – one said no, whereas one said yes and went on to demonstrate: ‘one view, two view, three view’.  With his Russian accent, it sounded exactly like the Count on Sesame Street, and I completely lost my shit.  It was fantastic.  How did that even happen in real life?!  So we then put youtube and the Count up on the screen to demonstrate what I was talking about.  The whole process made me very happy.

Speaking of Russian cliches, I went on the hunt for taco shells (a hunt which took me far and yonder!) to a kmart-esque supermarket with my friend Naz.  We were chatting about teaching, and she told me a story about how she’d been given this new (fairly high-level) class, and as an introduction they were talking about their childhood aspirations or something.  One of the students responded that he’d wanted to be a pro athlete (sorry if I’m butchering this Naz!).  Another student latched onto the word ‘sport’ and turned to another student to ask ‘what sport do you like?’.  It was more than slightly off-topic.  But Naz’s first thought, rather than ‘oh, she’s clearly in the wrong level class’, was ‘oh well, maybe she’s drunk’.  Because that’s a legitimate state in which to turn up to class in Russia.  Amazing!

Speaking of class levels, I finally hassled the uni enough that they got back to me, have enrolled and start next week.  As part of the placement process, yesterday I had to do a Russian exam (incidentally, I’d never have thought i’d be so happy to get 52% on an exam haha).  It was so brain-melting that when I caught the metro to work afterward, I got out at the other end and was legitimately lost.  I had no idea where I was, despite the fact that I was standing at a metro station to which I travel three days a week.  Oh dear..!

I’m going to finish with a Swedish joke (not an oxymoron!! – or a pun, for that matter).  I was watching a Swedish film called ‘Marianne’ with my friend Karie the other day, and it’s basically about this middle-aged man who’s being haunted at night-time.  So he hasn’t slept in weeks, his wife has died, his mistress is stalking him, his baby has just been murdered, he’s been told to stay home from work because he’s crazy, and his adult daughter has just moved out.  Basically, it’s a shitfight.  And when some people come to visit him and ask ‘how are you’, he responds with this:

Living the viva lada
Two minutes in the metro