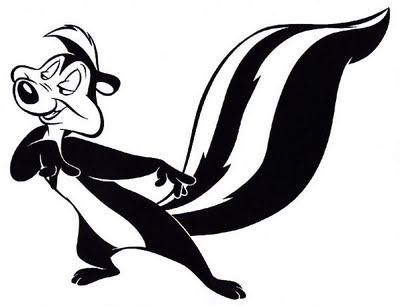 Two minutes in the metro
We're all crazy

…this post is not going where you think it’s going!

My standard day at the moment is get up at around 10 or 11, leave for work at around 3pm, get home at 10pm or so, dinner at midnight, bed at 2 or 3am.  Needless to say, as I live in the middle of the city and get home quite late, there is a fair bit of drunken creeping that happens.  Tonight was no exception – I was walking from the metro to my flat (it’s 200 metres, max) when some Russian guy looked back and saw me.  He stopped so that he could fall in step and tried talking to me, despite my antisocial headphones.  I said that I couldn’t speak Russian, so he paused for a second then asked if I understood English.  I managed to keep my face convincingly blank, then replied in Russian that I could only speak French.  He looked altogether stumped and drifted off, so I thought I’d managed to deal with him – then he ran back up behind me and asked, simply, “L’amour???” (love).  Eye roll.  I ducked into the nearest restaurant and waited til he went away.

Gender relations in this country are entirely outlandish to me.  I’ll write more on it at a later date I’m sure, but basically, it’s like being in the Middle Ages.  Women wear heels and makeup everywhere – because as my friend Naz said, they’re dressing as predators.  The main goal seems to be to get married, and men represent fiscal security.  It’s just all so old-school!!  Haha flirting is characteristically Russian-ly direct – a pretty standard move is for the Russian guy to just stare and try to maintain eye contact for, say, 2 minutes.  It’s incredibly difficult to avoid if, eg, I’m sitting across from them in the metro.  Happily, I always have a textbook or some marking with me!  I find it incredibly difficult not to giggle at people all the time though.

I have to tell you about my friend Karie – she’s an American, and started at another of EF’s schools in St Petersburg at the same time as me.  When she first arrived, she stayed with a Russian friend and her family.  She gets on well with the girl and everything, so when the friend asked if Karie would consider going on a blind date with a Russian guy, she said okay.

Anyway, Karie is my age and height, and she turns up at this blind date with her friend’s friend to find that the guy is a foot shorter than her, in his late 40’s, and with a ten-year-old daughter.  Oh, and did I mention that he speaks absolutely no English?  Too funny.  She saw it through though, desperately trying to avoid his pawing.  Lol.

Speaking of Karie, we (and Naz) had a few drinks after work on Friday night, then headed to an ‘International Party’ at Mishka, a bar near my house at around 1am.  Of course, ‘international’ in this sense is ‘Russians plus one American and one Australian’.  I was meant to meet a Russian friend there but couldn’t find her.  I did have another friend at a different bar though (he couldn’t get in to Mishka), so after about an hour we missioned off to find him.  He was at a bar on Dumskaya St, in the middle of the city – I’d heard of it as there are a lot of bars there.  However, three separate individuals who we’d asked directions from said it was too dangerous to go.  My favourite part was when the bouncer at Mishka said “sure, go to that bar.  You’ll die.”  Ah Russians.  Anyway, we didn’t actually make it there, as we got distracted by sushi and then went home at about 3am.  I’d talk about my nightmareish day at work the next day (not due to hangover, as we all know I don’t ‘do’ hangovers, but due to the incredibly disorganised nature of that school :/) but then I’ll just get all ragey.

Anyway, I’m going to try and get round to taking some more photos in the next couple of days, so stay posted 🙂

Two minutes in the metro
We're all crazy