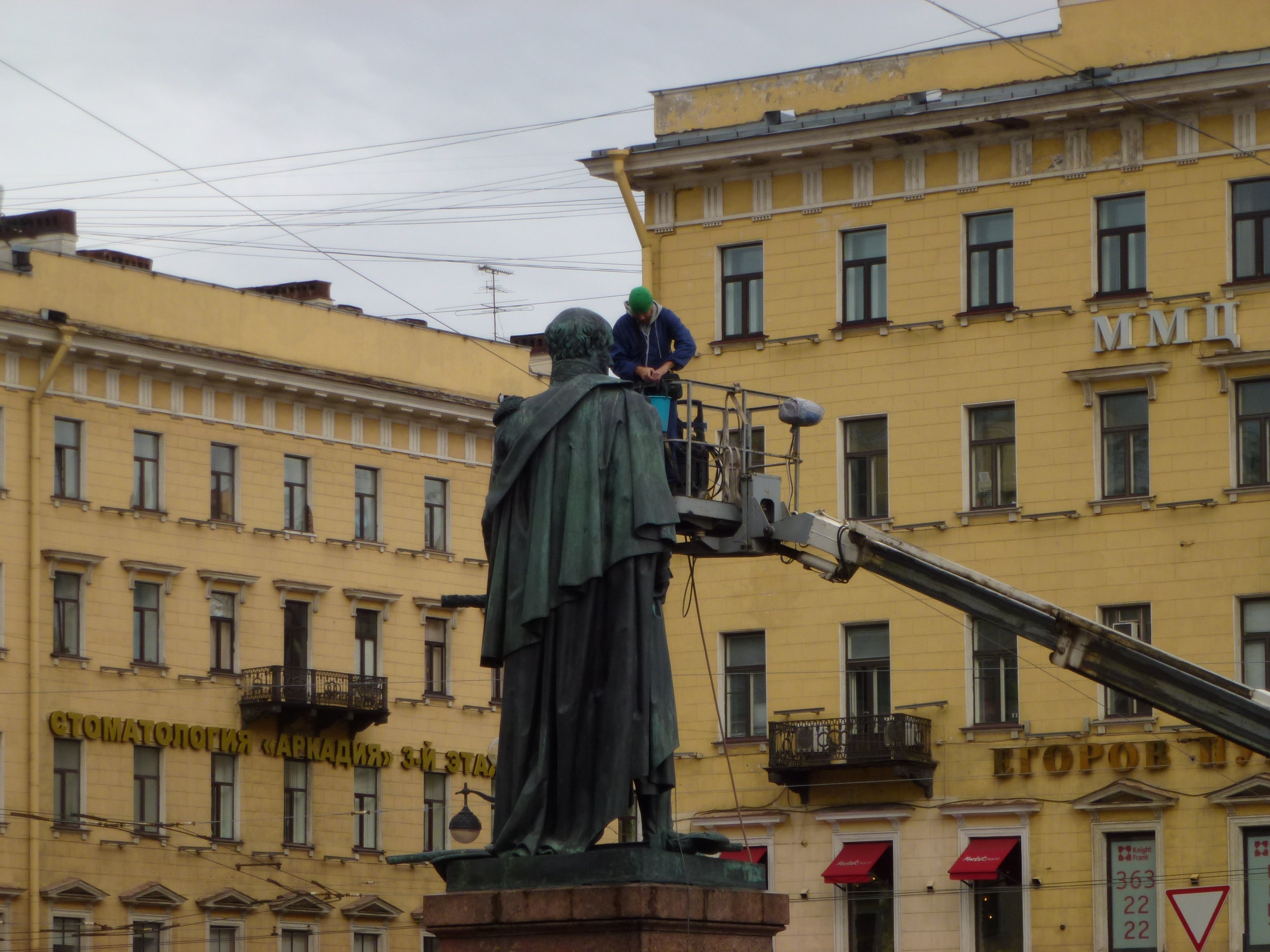 Well, it’s been another insane few days.  I went on a brief walking tour on Friday in my as-yet comatose state.  The highlight was definitely when the tour guide told me about this mountain 700km north of here, where due to some crazy geological circumstances resulting from an earthquake 12,000 years ago, you can apparently hear the earth’s plates moving.  Apparently one of her friends also saw a yeti’s footprint.  Clearly this place is going on the list haha!

St Petersburg is great, speaking Russian is awesome, and I’m enrolling at the uni next week to study the language 🙂

I went out briefly on both Friday and Saturday nights.  Saturday was the birthday of a girl at one of my workplaces, and it was so much fun.  It was a little strange in some ways – I felt like I was out with a group of models, people here are just stunning – but a good time.  Except everyone is overly nice!!  Apparently in Russia, on your birthday, you shout everyone else their food/drink, so this girl I’d just met insisted on paying for everything – it felt very weird!  And then her boyfriend insisted on driving me home despite the fact I live 100 metres from a metro station.  They just wouldn’t take no for an answer!!  Haha I was told that “this is Russian hospitality, get used to it!”.

I ended up finishing work early on Saturday, so decided to brave ikea and move house.  Now, I’ve never actually been to an ikea before, and I may have underestimated slightly how epic it would be.  I was also on the clock, because one of my landlord’s friends was to pick me and all my things up from the hostel to help me move (my apartment is up 4 flights of stairs and I don’t eat that much spinach!!).  So I’m here in ikea, trying to figure out (a) where things are (b) which way to walk (I walked through the entire thing against the direction of the arrows – good one Laura), and (c) which product of each type to buy, given that the descriptions were all in Russian.  In the end I accosted a staff member and we managed to figure out most of it.  Until, that is, I tried to explain that I needed to find a bath towel.  I have no idea what the Russian for ‘towel’ is, and because I was trying hard to remember, had a total blank on anything related to a bathroom!!  So I’m standing in the middle of a busy ikea on the weekend, pretending to have a shower then turning the taps off and grabbing and drying myself with a towel, at a middle-aged Russian lady who was in absolute hysterics.  I’m pretty sure you haven’t lived until you’ve done that haha.

Yesterday’s mission was different again – I had the day off, so arranged to have coffee with another newbie EF teacher in St P.  It was quite funny actually, because she mentioned this place she’d heard was good, and I actually already knew where it was.  Howwww.  Anyway, afterward we went clothes shopping – it turns out that throwing out a lot of work clothes at the airport because your bags are overweight is not actually a good idea!  Who would have thought.

I’m all settled into my apartment now, and actually have some friends from Aus popping by from China shortly.  The apartment is pretty good – you can’t drink the tap water, like anywhere in St P; the water pressure is not so good because I’m a few floors up, and its temperature is ‘creative’; the front door is almost an intelligence test to get through (seriously – there’s a specific pattern you have to bump it with using your hip in order to get the key to turn to different degrees), but otherwise it’s great.  The location is insane and my room is awesome 🙂

I have another busy week coming up, but will try to take some photos at some point!  L.