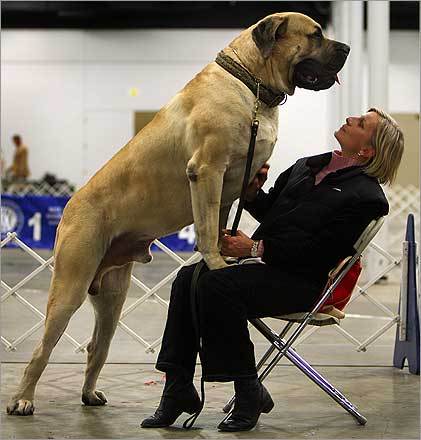 I’m procrastinating my socks off—something, might I add, I’ve done remarkably well all weekend—I have 2 assignments and 2 lesson plans to do, so obviously sleeping has becoming an amazingly good time.  Tanya asked for a proper email last week, so congratulations, this has become my new form of procrastination!

I’ve been having a lot of very peculiar adventures, and a rather alarming number of them are based around supermarkets.  Where we are in Prague (by ‘we’ I mean both my CELTA school and me and my 3 flatmates), nobody really speaks English.  People over about 30yo speak some Russian on account of how it was required by the Soviets, and quite a few of the people in my class speak a bit of it – we’re having Russian night from this week so that we can all practice!.  However, people below that age usually speak just Czech, or maybe a touch of English.

Needless to say, in supermarkets everything’s in Czech.  And Czech people eat very differently to Australians (funnily enough), not to mention organising supermarkets differently!  Basically everything is bread, cured meat, and cheese.  On Friday about 8 of us went out to dinner, and I kid you not, my meal came with an entire block (wheel?) of Brie on top of it.  On the other hand, for starters I shared “devil toast” with one of the others on my course—from recollection, it was toast with tomato sauce, soy sauce, chilli, ham and cheese plus a few other random things—and that was bizarrely incredible.

ANYWAY my housemates and I have divided up cooking so that the others can get schoolwork done.  Last Monday was my first night doing it, and in a meal that usually consists of onion, capsicum, chorizo, tomato and butter beans, I had to swap the chorizo for a similar salami and butter beans for kidney beans.  So I was doing pretty well.  My housemates performed similarly well over the following days.  Today I was having a think about what I could do for dinner tonight and I figured it’s -15 outside, cured meat is easily available as is root vegetables—so I’ll do bangers and mash, that’ll be easy and I won’t have to do any weird food replacements.   WRONG.  It all started to go wrong in the supermarket, when I was trying to figure out how on earth to make gravy sans gravy powder (you can tell I don’t normally eat Brit food/food w gravy!).  In fact, I didn’t even know if there was gravy powder but peculiarly labelled, or in a different place, or if they even have gravy on stuff in the Czech Republic.  I was in the spices kind of aisle for nearly half an hour, trying to figure out whether I was looking at stock powders or not, when finally in desperation I accosted a Czech person saying “omg pleeeeeeeeeeeeease tell me you speak English!!!”.  It turns out she did, and so after a lot of miming and explaining we managed to come up with the closest thing possible.

Most of the meats, meanwhile, are in the deli, but the line was epic so I grabbed a packet of sausages – easy right?

I get home from the supermarket and open the sausages and actually don’t know if they’re already cooked or not.  I find my housemate Katherine and we’re trying to figure out whether what I have is in fact sausages, if they’ve already been pre-cooked, and oh—what’s this?  Are they individually wrapped in plastic??

We end up running a “controlled experiment”, boiling a couple, frying a couple, and decide that the weird plastic wrapping isn’t something that’s going to melt off.  Soooooo Katherine says that “I’ll help you finish peeling the sausages and then go and do my assignment”, and so we do.  Peel the sausages.  Wtf right?

Incredibly long story slightly-shorter-than-it-could-have-been, I’m presently eating mashed potato (that bit worked haha, phew!) with kind-of-sausages in watery-stock.  It’s pretty exotic.  I have a lot more empathy for immigrants to Australia—while I usually find going to foreign-language supermarkets really fun, when the language is different enough from your own (or even from Russian) that you can’t figure out what something is, it takes a loooooooooooong time to go shopping, is incredibly stressful, and you end up w funky food.

Haha okay so the above story is half what my assignment should be, so clearly I’m doing well.  So here’s another epic story for you:

For the 5ish days until Sunday last week, I was in Selva Val Gardena in Italy snowboarding.  Omg it was incredible.  500km of runs (I explored only a fraction, it was crazy!), partying w my friends, and I went to my debut game of ice hockey (at which I had my first mulled wine—incidentally, the first phrase I’ve learnt in Czech is “give me mulled wine please”.  Clearly a very useful phrase!).

I’m basically the worst snowboarder ever, because rather than being all “gangsta”, I talk about it like it’s some kind of far-gone hippy meditation-based cult, and furthermore go around the mountain being a little do-gooder (helping people with their stuff when they fall over, helping little kids in ski school get up again—habit!!).  This one day, I’d gone up the mountain still somewhat inebriated from the previous night (I didn’t notice the fact until that night, when I couldn’t remember getting ready in the morning or how I got up the hill!!) and so chilled out in one of the restaurants, eating epic Italian pasta and watching the snow.  Once I decided I’d recovered sufficiently, I went outside to discover a BIG F-OFF DOG outside.  (I googled “big f-off dog” and came up with this image—the dog in the pic could have been this one’s twin http://24.media.tumblr.com/tumblr_lkfsluvovm1qbwnb9o1_500.jpg).  It was so big that I decided not to go and pat it, because it looked like it would devour me whole.

I was milling around the same restaurant a few hours later as it was in the middle of a traverse, when I noticed that a little girl (~11yo) was by the dog, trying to get her glove out of its mouth.  I watched for a sec and then asked if she was okay.  She said no, so I ditched my board and went over to help.

So I grab the big f-off dog (seriously, only way to describe it) by the collar and get it to let go of the glove.  Then what does it do but twist its head around and the next thing you know, my entire forearm is in its mouth.  So my hand was just out one side of its mouth and just past my elbow was out the other side (massive, massive dog).  I’m a bit like…. ooooh shit (partially because I was concerned for my arm, partially because I was concerned for my snowboarding jacket) and then the dog jumps up on me, and the wretched thing is farrrr taller and heavier than I am.  So I’m trying to stay balanced with this huge dog against me and my arm up in the air in its mouth, and somehow wrestle myself free.  Then what does the dog do but run after the little girl and knocks her to the ground, so she’s fully under it.

After the experience I’d just had I was feeling somewhat ambivalent about going near the dog again, it was really scary.  Then I realised that I probably wasn’t going to let a little girl get mauled, so I went and grabbed the dog again, asking bystanders for some help (everybody could see what was going on and was giving us a 15-20 metre berth, despite our being in the middle of where they’d have to go) to absolutely no avail.  The little girl manages to walk away while I’ve got the dog, then I don’t even know how, I managed to get it off me and to stay still while I walked back to my board and got the hell out of there.  I can’t help but wonder where the girl’s parents were, not to mention the dog’s owner!!

So that was my scary dog story, and now I realise that I’ve probably taken up 15 minutes of your morning on two long-winded stories (so nothing unusual there then haha!), so I will get back to my assignment (which, to be fair, I could have finished by now) and update you on some other stuff some other time!!!