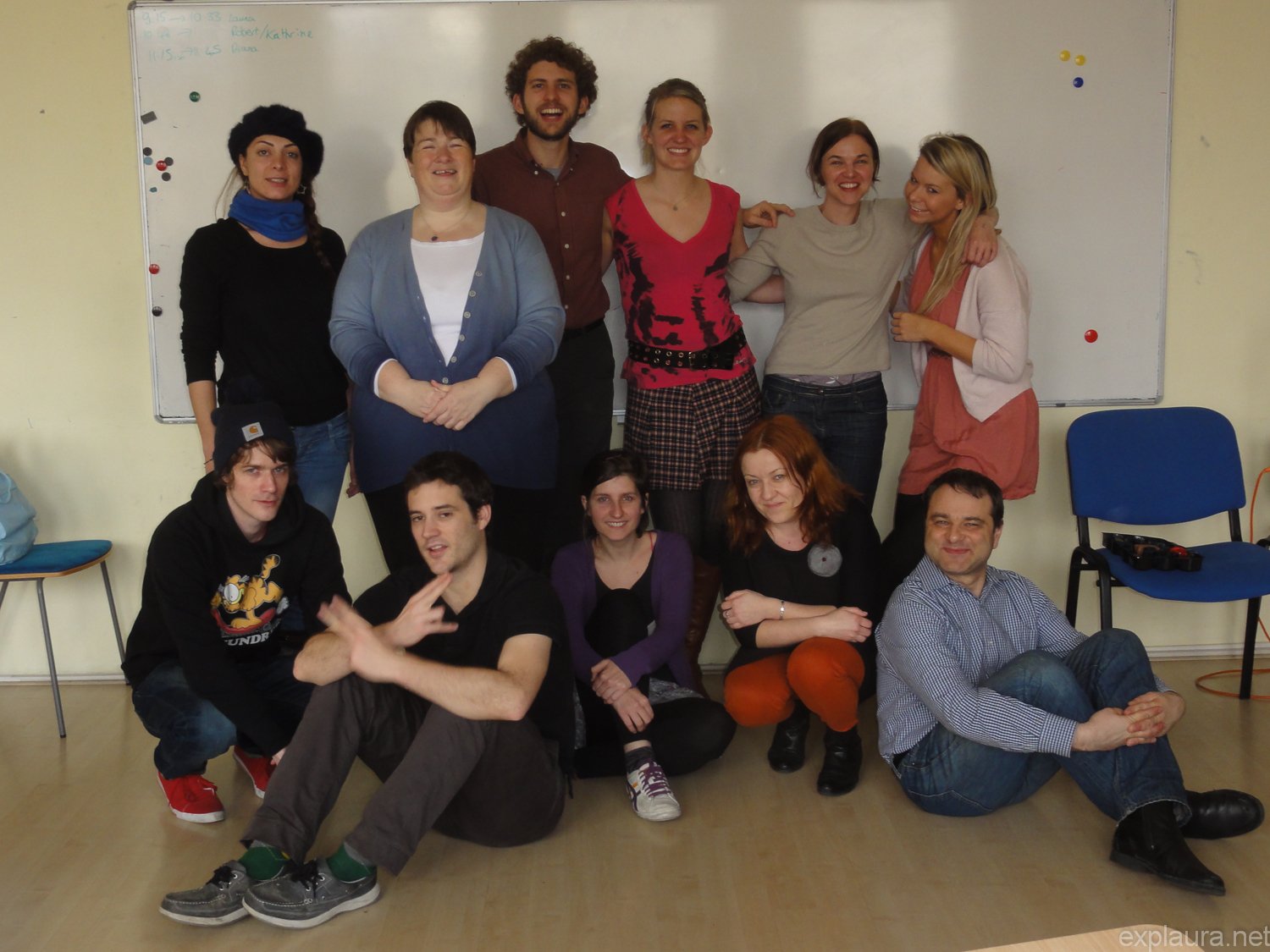 Letters home
A place of many names

So, why on earth was I in Prague in the middle of winter?  I’d booked a flight to Europe about six months beforehand, with the intention of going to the Ukraine to work for a year.  One visa problem after another, this had morphed into going to Russia, for which I had even more visa problems, meaning I couldn’t leave when I meant to.  I needed to up-qualify, I already had a flight, and it was more expensive to do my CELTA in Sydney than it was to go to Prague and spend a month travelling in Eastern Europe.  Work even agreed to give me two months off.  So, why not?

The CELTA is Cambridge’s ‘Certificate of English Language Teaching to Adults’, and my goodness was it hard work.  It’s the hardest academic thing I’ve ever done by far: a lot of information, and a lot of work.  Naturally, that wasn’t helped by my perfectionism, and anything less than a Pass A (which <2% of people get) wouldn’t be good enough.  Nothing by halves.  So the usual day would entail getting up at 4am to start coursework, leaving the house at 8am for class, getting back at around 6pm, working til midnight, and doing it all over again.  I didn’t do myself any favours by initially failing two assignments by massively overthinking them, but in the end pulled it all together and got my A.  Despite being an incredibly naughty student and driving the teachers nuts.

I’ve already talked about Czech food adventures elsewhere, but should also mention Zdenek, the chef in the school‘s cafeteria.  What a strange, hyperactive, talented guy.  He was forever announcing that he was a helicopter (I think it’s just because he likes that word in English?), but my goodness was he a good chef.  Every single day he’d have a vegetarian option, and in the entire time he’s been at the school, he’s never ever cooked the same thing twice.  His wife would cook amazing cakes every day as well.  It was actually during this time that I went back to vegie, after being sick every time I ate meat, so I was pretty stoked to have so much awesome food being cooked for me!

Haha I think the only thing I really can talk about from this time was food, thanks to the constant studying. I’ll never forget emerging from my room at 3 in the morning to find Robert cooking pancakes (my first maple syrup experience), or talking with Robert, Jack and Katherine around the dinner table at ‘family meal time’.  I loved those kids, even when they drove me crazy (Rob).  Then there was class with other Laura, Diana from Lebanon, Peter (“Peter doesn’t care!”), Paul’s zillions of languages and inspiration to take on the Czech letter ř, and mucking about miming offensive gestures at each other in class with Katerina.  The students were great as well of course, and I’ll never forget Leta being aghast at my clothes every day and saying that “Laura, you are always summer wearing”.  <3

Diana, Katherine, me, Robert and Katerina.

Zdenek in his cafe.

Me, Paul and Zdenek.

My debut Putinka vodka experience! I drank *so* much of this in Russia.

Laura and Katerina.
Letters home
A place of many names